Just a short post to show the book I made as a birthday gift for someone.  This way she can move the pages around like she wants them and add in more as she goes. 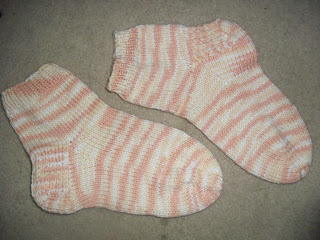 I am taking part in a KAL on Ravelry. We are working our way through the alphabet and every two weeks we cast on for the next letter. I was getting a bit behind on finishing my socks because I was spending so much time working on assignments for college, so when we got to I, I was getting a bit desperate to knit something quick and easy and I came up with these socks. They were a good mindless project to work on while trying not to fall asleep at night :) . And then my "I-don't-like-wearing-knit-things-against-my-skin" daughter claimed them for herself! She said they feel different on her feet than her arms or hands, so they are good. Teenagers :P

Well, here is the pattern and if you make a pair, let me know as I would love to see (I like looking at pictures :D ). I have not had anyone test the pattern and I have only made one pair, so if you find any errors, please let me know.


Change to st.st and knit 20 rounds (knit more rounds if you prefer a longer leg)

Sl1p, purl 23, turn (you should have 24 sts on a needle now and you will only be working on these sts for now)

Foot
Knit plain in st.st until 2 inches less than foot length. (I had 63 rounds from rib, counted on the top of the foot and to fit a UK size 7)


Repeat first round until 8 sts left (2 on each needle) 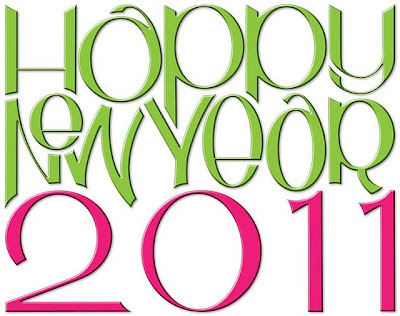 Well, it is a new year, for new starts and better things to happen. I hope you all have a wonderful year and that it is better than last :D .
Posted by tracy at 23:22 2 comments: 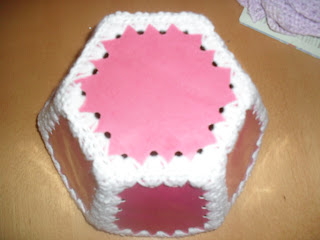 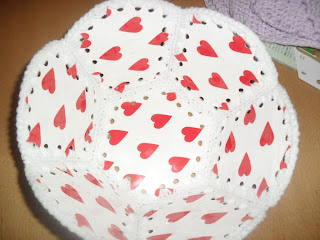 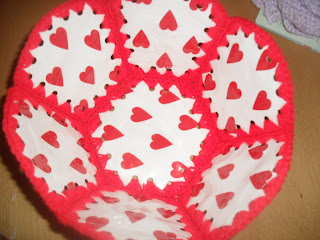 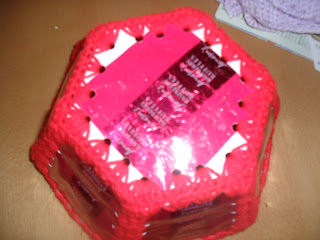 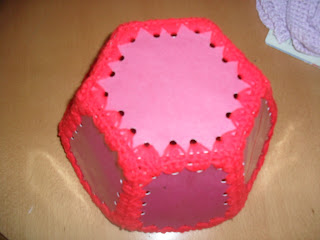 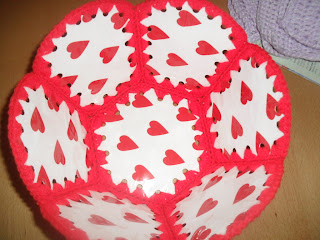 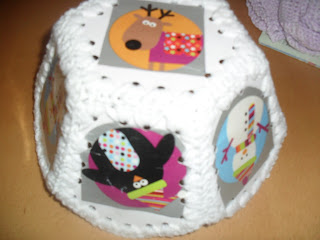 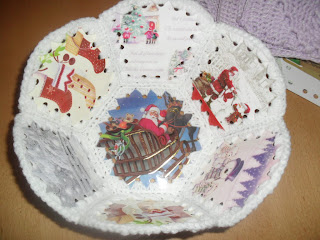 I have to do a presentation for English class and the topic is Primary School Curriculum and Fibre crafts, so I thought a recycling project would be a good example. I remembered this link from a while ago and decided to make a few. Quick, easy projects with so many variations. I used wrapping paper, christmas cards, chocolate wrappers, coloured paper and cardboard for these samples. And they are useful as pretty storage containers. Just don't try eating your cereal out of them ;) .
Posted by tracy at 23:07 4 comments:

One of my online friends is having a yarn competition/giveaway on her blog. If you comment number is the lucky one, you get 2 skeins of Claudia Handpainted Yarn. Her blog is wonderful and interesting to read. And you get to drool over her yarn stash. For more details go here
Posted by tracy at 11:30 No comments:

I have been on a bit of a market bag binge lately. I just love making something mindless and quick when I am tired and it is useful. It reduces the need for plastic bags and uses up stash and is so much prettier than some shopping bags you have to buy from the shops. And you don't have to advertise for them either ;) 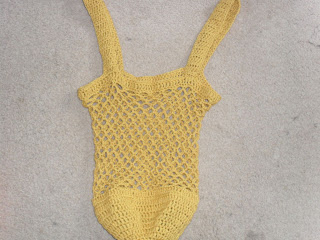 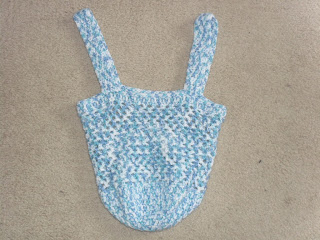 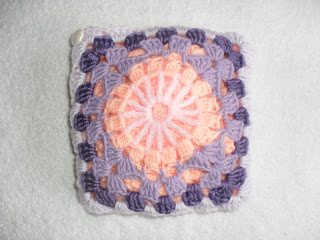 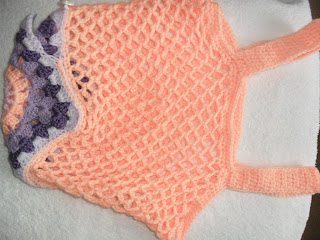 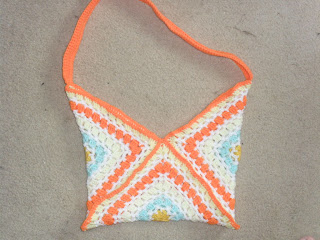 Here is the next picture in the family series. This is Kyla

and this is what I turned it into 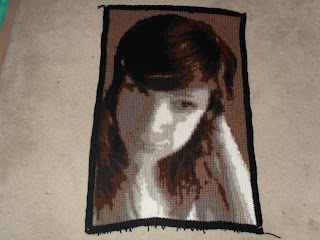 This is my biggest piece so far and the hair, OMW, colour changes!! I have a few more planned, a couple are gifts, so I need to get to work on those very soon.
Posted by tracy at 08:21 No comments:

tracy
avid crocheter and knitter and mom to 1 daughter

Click here to check out
The London crochet meetup!